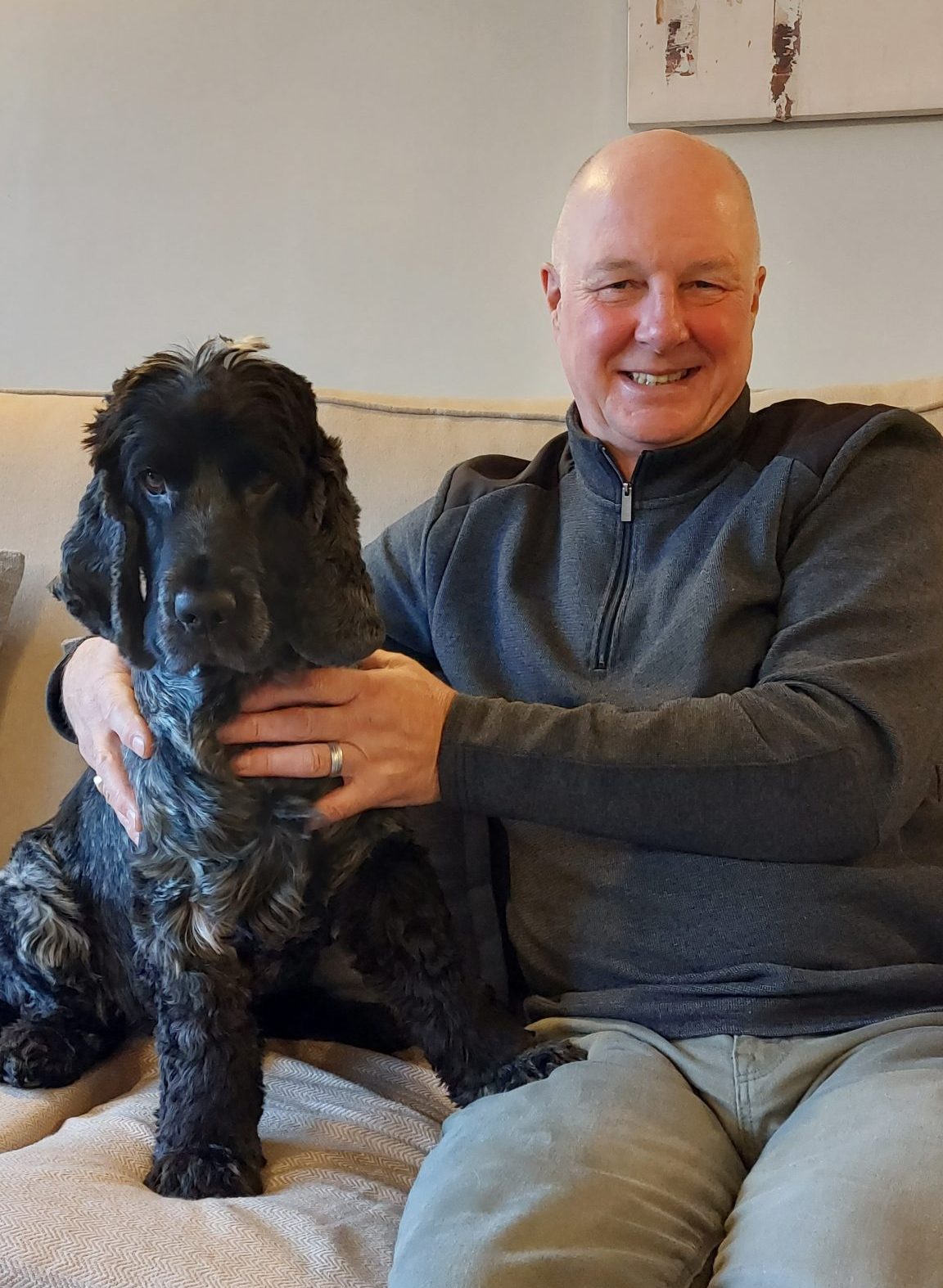 When Covid-19 struck he waited again to see his GP but by May 2020 he was in pain for 5 days at a time, suffering with severe headaches that meant he struggled to do anything.

Nigel was kind enough to share his story and explain why he is so grateful to our family of hospitals, including Trafford General Hospital and their Physiotherapy team, for the treatment he received…

“My eyes hurt and I couldn’t stand the light. The middle 2 days of the 5 days were written off as I was usually just lying on the settee in pain and feeling drained, the time between ‘attacks’ was also getting shorter, and it was only a few days between each headache”.

Nigel’s GP sent him initially to the Ambulatory Care at Wythenshawe Hospital where he had a CT scan to check for a bleed on the brain.  Fortunately, Nigel’s scan was negative, and he was given some medication and referred to Neurology.

About 10 days later, Nigel’s pain had returned severely, and he was sent by the 111 service straight to A&E at Trafford General Hospital where he spent a few hours on a drip.

“From there, I spoke to Neurology over the phone, they changed my tablets as the others were making my head worsen but the new ones were even worse still and I was referred for an MRI scan. This did not happen for some time (due to covid)”

Nigel was also referred to Manchester Royal Eye Hospital for investigations. They found nothing wrong with his eyes but an MRI scan showed he had Severe Bilateral Forminal Narrowing of the C5, 6, and 7 vertebrae.

Experts from across Manchester Foundation Trust including eye specialists and neurologists saw Nigel to try to get to the root of his pain.  However, the wait for a diagnosis left Nigel in constant pain and had a negative impact on his mental health. 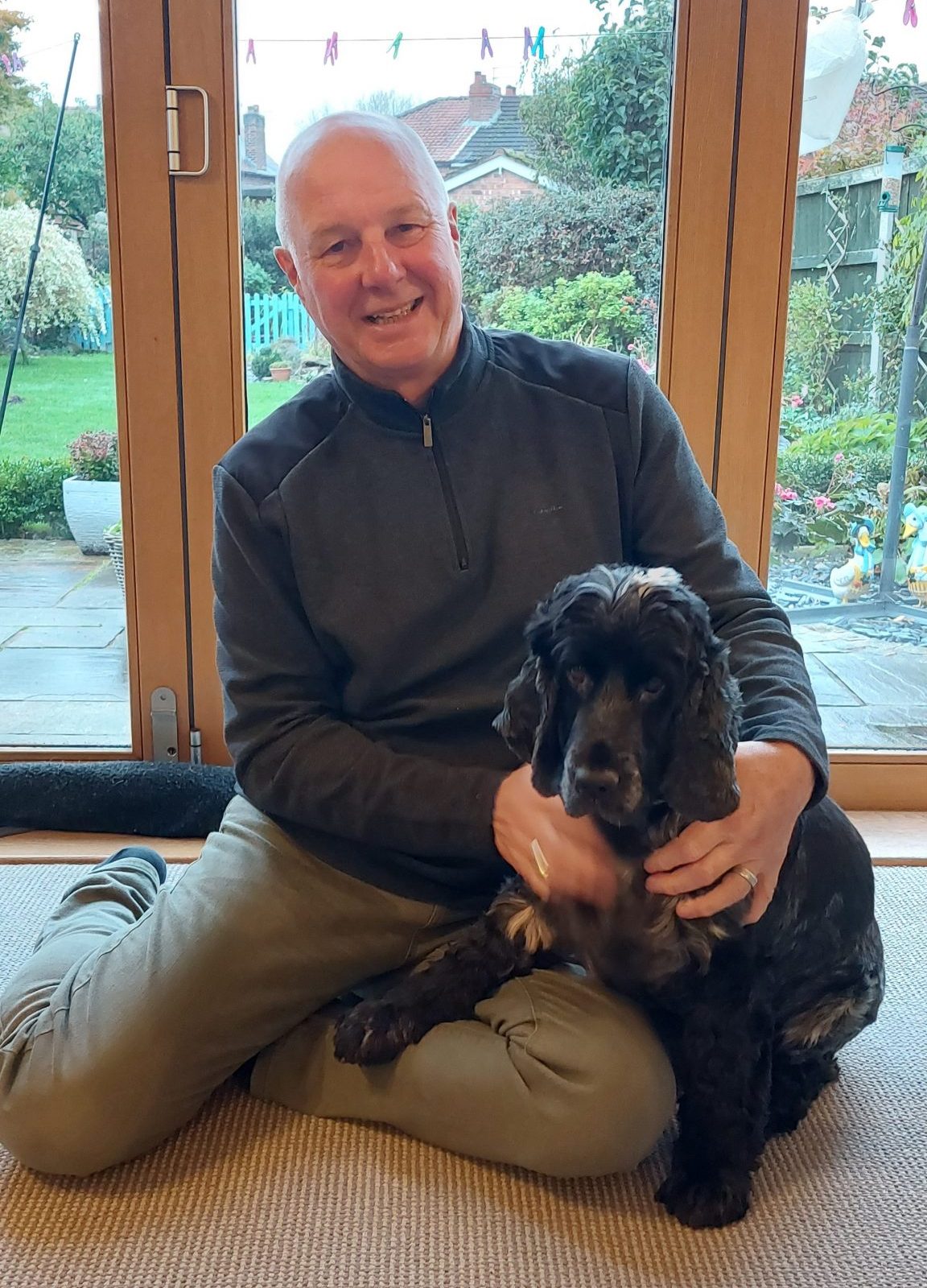 “Three days after seeing the last neurologist I had a meeting with Mark at Trafford General Hospital. I went into his room shattered and in pain.  He worked on my neck and did what only a brilliant person can do. Whilst still in pain at the end of the session I felt immediately better than I had done in the last 12 months”.

The Physiotherapy team were able to identify the source of Nigel’s pain as a number of nerves that had become trapped due to the narrowing of his vertebrae and started a course of treatment at both Trafford and Altrincham Hospital.

During his last appointment when asked how he felt Nigel said – “The day before I had got up at 7, walked the dog for 45 minutes, had breakfast, went to my allotment for 2 hours, had dinner and then had been gardening until half six”. With such a huge improvement in his condition, it was agreed that Nigel had now sufficiently recovered to end his treatment.  Nigel still does the exercises he was given from the Physiotherapy team to prevent further problems in the future.

“Whilst I only know the two wonderful physiotherapists who treated me,  I met the receptionists at both hospitals and would say that they and all the staff were wonderful. They were genuinely interested in the patients and their welfare. I have spoken to others who have been treated by various physios, all are praised very highly by the people that were treated”

“It’s hard to describe the problems I was having and how much pain I was in but trust me it was bad. I always tried to carry on and make sure I walked the dog each morning but on one occasion I realised I was walking along the pavement with my head down and my eyes closed because they hurt so much I couldn’t open them”

“Earlier this year, I thought I would be spending Christmas day on the settee in pain.  Now, thanks to the treatment I received, this Christmas I’ll be able to enjoy family meals, long walks with the dog and socialising with friends; all the things I couldn’t imagine doing less than a year ago”.

To find out more about how you can show your support for our family of NHS Manchester hospitals this Christmas, click here.

Manchester Foundation Trust Charity supports continuing excellence in treatment, research and care in our family of hospitals across Manchester and Trafford, comprising:

As a charity our mission is simple: to support the excellence in treatment, research and care we provide to the 2.5 million patients who are treated by our hospitals each year. We want to make a real difference to the people we treat – young and old – by making sure that they continue to receive the very best treatment in the very best facilities.

Your support today could make a real and lasting difference this Christmas and all year round. 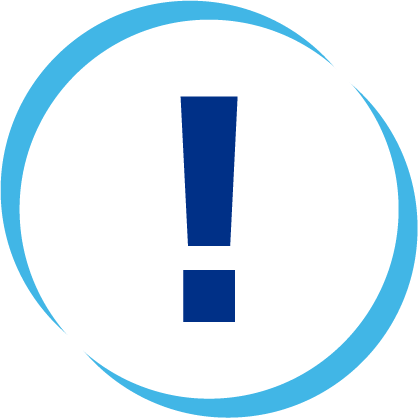 
Cookies are small text files held on your computer. They allow us to give you the best browsing experience possible and mean we can understand how you use our site. Some cookies have already been set. You can delete and block cookies but parts of our site won't work without them. By using our website you accept our use of cookies.

Okay I agreeNo, give me more info

This website uses cookies to improve your experience while you navigate through the website. Out of these, the cookies that are categorized as necessary are stored on your browser as they are essential for the working of basic functionalities of the website. We also use third-party cookies that help us analyze and understand how you use this website. These cookies will be stored in your browser only with your consent. You also have the option to opt-out of these cookies. But opting out of some of these cookies may affect your browsing experience.
Necessary Always Enabled
Necessary cookies are absolutely essential for the website to function properly. This category only includes cookies that ensures basic functionalities and security features of the website. These cookies do not store any personal information.
Non-necessary
Any cookies that may not be particularly necessary for the website to function and is used specifically to collect user personal data via analytics, ads, other embedded contents are termed as non-necessary cookies. It is mandatory to procure user consent prior to running these cookies on your website.
SAVE & ACCEPT